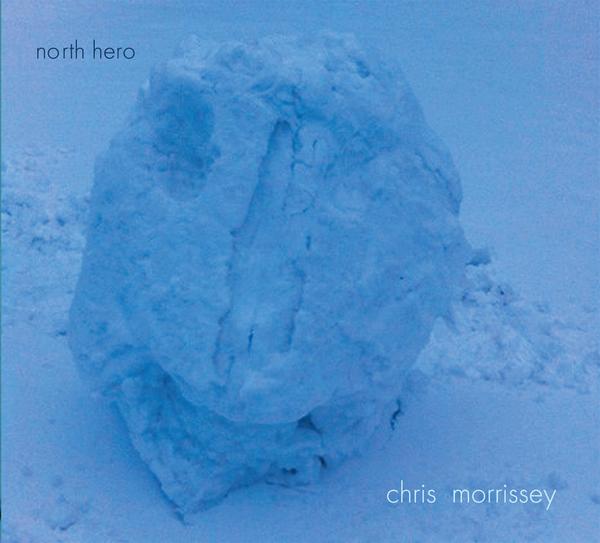 Chris Morrissey gets it. Gets it, takes it out for a nice meal, a good movie and by the end of the night, hey presto, smiles all around. You may not look back on the evening as one of the most incredible experiences of your life but man, it was really good. The bassist from the Mid-West proves with North Hero that there is still life in the old 'head-solos-head-out' formula, proving that it if ain't broke...Unfortunately, in this day and age so few manage to pull it off. Players become superfluous in their improvising, melodies become an afterthought and boring becomes the norm, making us all wish we had just put on Soul Station or Empyrean Isles instead. Well, Morrissey finally gives us a great take on that which made Jazz so wonderful in its pure form. A quartet made up of phenomenal players who try to engage the listener. Melodies that mean something to the shape of the song and of course overall variation from piece to piece. Different grooves, harmonic structures that have purpose. Like I said, he just gets it. As he is accustomed to playing in the pop/rock idiom, the melodies from Morrissey manage to engage the average listener through their fluency and story telling while at the same time have enough Jazz chops in them to keep the interest of the hard Jazzer (compare the scorching, chromatic melodic dance from the opener, The Spirit of Chanhassen to the extremely beautiful and simple moving lines of Hands Crystals Anderson). His melodic attentiveness makes North Hero memorable but the playing of Aaron Parks on piano and Mike Lewis on saxophone makes the album exceptional. Both of these players, like Morrissey have played in more popular styles (see their work with Bon Iver and Andrew Bird) and you can hear it in their improvisations. Its not just about notes. It about the relationships between the notes and that's what reminds us so much of the old school of Jazz. We can sing back their solos as well as be in awe of them. The slow blues track, One Worn Mile is a song you want to get buried in as the playing is so inviting because it's familiar and strange all at once. The second track, Minor Silverstein is quite possibly my favourite track of 2013. It is a great summary of what makes North Hero work. The album may not be fine dining and a world premiere but it's still a damn good steak and a movie you'll watch over and over again.