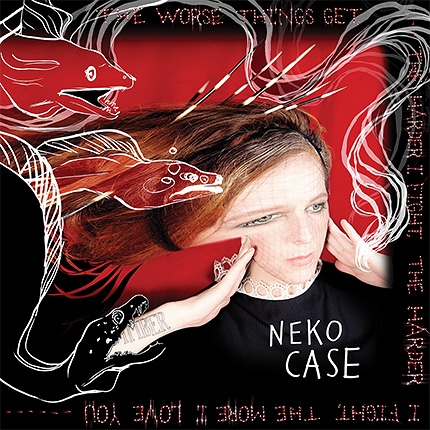 Neko’s last album, “Middle Cyclone”, left me flat as a follow up to the near perfect “Fox Confessor Brings The Flood”. That flatline was short-lived. "The Worse Things Get…” is another fantastic album from Neko Case. It has the usual elements that most of her albums share. There’s some rockers like “Man” and “Bracing For Sunday”. There’s the ballads, “Calling Cards” & “I’m From Nowhere”. There’s her mostly a cappella tracks “Afraid” and album standout “Nearly Midnight, Honolulu”. One of my personal favorite tracks, “Ragtime” is a perfect album closer. The big chorus, with all of its brassy horns, sneaks up on you after the laid back verse.All of the vocal overdubs, piano, and horns bring the outro chorus to a dynamic peak before it all falls apart at the end. It’s a fitting end to an album that takes you on this kind of journey. Try any of the tracks, but I’ll recommend “Where Did I Leave That Fire”, since I haven’t mentioned it yet and it’s as good as any song on the album.