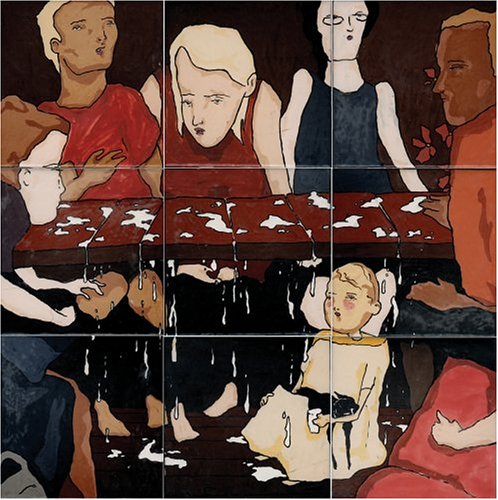 The problem with post-rock is that while it gives off the illusion of having no boundaries or limits, it actually can very easily all sound the same. Mogwai has been the leader of the post-rock movement since the late nineties, with Mr. Beast being their 5th album. The Scottish Guitar Army have always been at their best when they stretch out their songwriting. They build their songs to a monstrous climax, before blowing their distorted guitar load all over the listener. You generally need a cigarette and a stiff drink afterwards. Leave the money on the bureau on your way out the door. On Mr. Beast however, they made an effort to keep their songs on the shorter end. There are only three tracks that clock in at over 5 minutes, and not coincidentally “Friend Of The Night” is one of the best tracks on the album, while being the second longest. It’s not that Mogwai can’t write good songs that are shorter. The first two tracks, “Auto Rock”, and “Glasgow Mega-Snake” are both album highlights. (G.Mega-Snake is possibly the best track, and gets extra credit for that song title) Unfortunately at the third track we are hit with what usually is the “time to take a trip to the bathroom” portion of every Mogwai album, the slow tempo track with vocals. There’s no need for any Mogwai track to have vocals. They generally add nothing to the albums. A big crime of this album is that there are 2 of these tracks right in a row at the number 3-4 slots! Like in a baseball lineup, the 3-4 hitters are your big boppers. You set the table with the first two tracks, then knock it out of the park with the 3-4. This thud in the middle of the album unfortunately breaks the momentum. Hopefully you’ve stuck around long enough to get to the end of the album, when “Folk Death 95” and the brutal closer “We’re No Here” hit you upside the head. Overall Mr. Beast is a good album with a few skippable tracks. It’s one of the more middle of the road albums in their impressive discography.