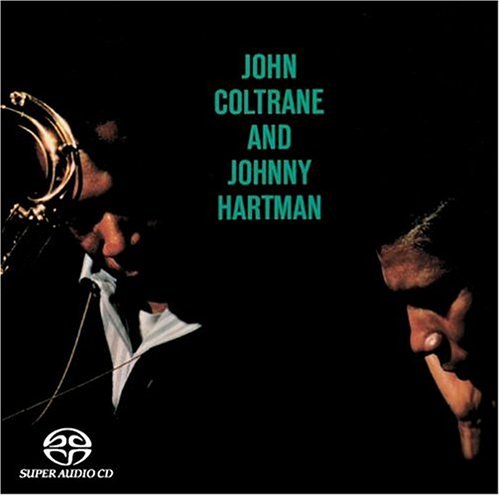 It's very hard to review such a classic as this album when we all are only one google search away from hundreds upon hundreds of far more in-depth commentaries and dissections of this masterpiece by folk that have really studied its in and outs. If this ends up being to you what it has been to so many others, a heavenly listen to a perfect pairing, then I would actually recommend you seek out all that is out there in regards to the album. So instead of seeing this as a review, allow it to be more of a suggestion. This is a rather forgotten studio album of Coltrane's and one in complete obscurity to those that shy away from Coltrane altogether. So often these days Coltrane is remembered for his 'sheets of sound' styling and his final years of experimentation in the avant-garde medium. Surely there is absolutely nothing wrong with this but I always point to this album, recorded four years before his death, to show Coltrane's ability to play in a more simplistic and melodic manner. Taking a cue from Hartman's straight take on melodies, thus allowing his brilliant and soothing tone to be the focus of the album, Coltrane compliments his partner with playing that is far more melodically beautiful than harmonically bellicose. It is the only album Coltrane recorded with a vocalist in the forefront and it is a blessing that it is with the incredibly under-appreciated Hartman. The latter's voice is honest in its velvet, comforting tone and the no-nonsense approach to the melodies is appreciated to its fullest because of this. Accompanied by Elvin Jones, McCoy Tyner, Jimmy Garrison the two lead men explore the ambiance of such classics as Lush Life, They Say It'S Wonderful and My One and Only Life, tenderness at a premium through the ballads and beyond. I could not possibly recommend this album enough. Hartmans' voice is a comfort. Coltrane's playing is at times as satisfying to the listener as every he played. Sit back, relax and get to know these two as perhaps you never have before.

I own this album but I have to admit that I skip it most of the time because there's vocals. It's not fair really, but given the number of brilliant albums that Trane recorded, I guess it makes sense that I don't get to it that often.