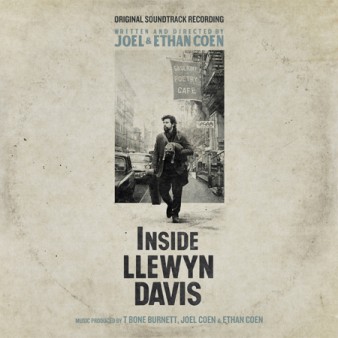 The Coen’s are master filmmakers. I’d love to talk about their scripts, casting, direction, etc., but we’ll save that for a movie review. Music is often a central element to their films, and theres no better example of this than 2000’s "O Brother, Where Art Thou” soundtrack. It won the album of the year Grammy that year, and introduced millions of people to Bluegrass music. The Coens attempt a similar feat with the soundtrack to 2013’s “Inside Llewyn Davis”. The film is set in the middle of the 1960’s Greenwich Village folk scene. Almost every track is a new recording, other than a Dylan track, “Farewell”, and a Dave Van Ronk track, “Green, Green Rocky Road”. (the movie is very loosely based on Van Ronk) The star of the film, Oscar Isaac, is what makes this soundtrack so good in my opinion. They made a perfect casting choice in Isaac, because while his acting was great in the film, his performances were the star of the film. Isaac could become a folk musician today and make fantastic albums. I’m sure there’s much more money in film, so he’ll probably stick with acting, but his solo tracks are brilliant. The highlights for me are, “Hang Me, Oh Hang Me” and “The Death Of Queen Jane”. There are two versions of “Fare The Well (Dink’s Song)” on the album, but the one where he duets with Marcus Mumford is the better of this two. If you happen to listen to the soundtrack before seeing the film, the track “Please Mr. Kennedy” is meant to be a novelty song, so don’t be surprised if that one sticks out. This soundtrack hasn’t had the same social impact that O Brother did, but it’s the best soundtrack I’ve heard in a long time.