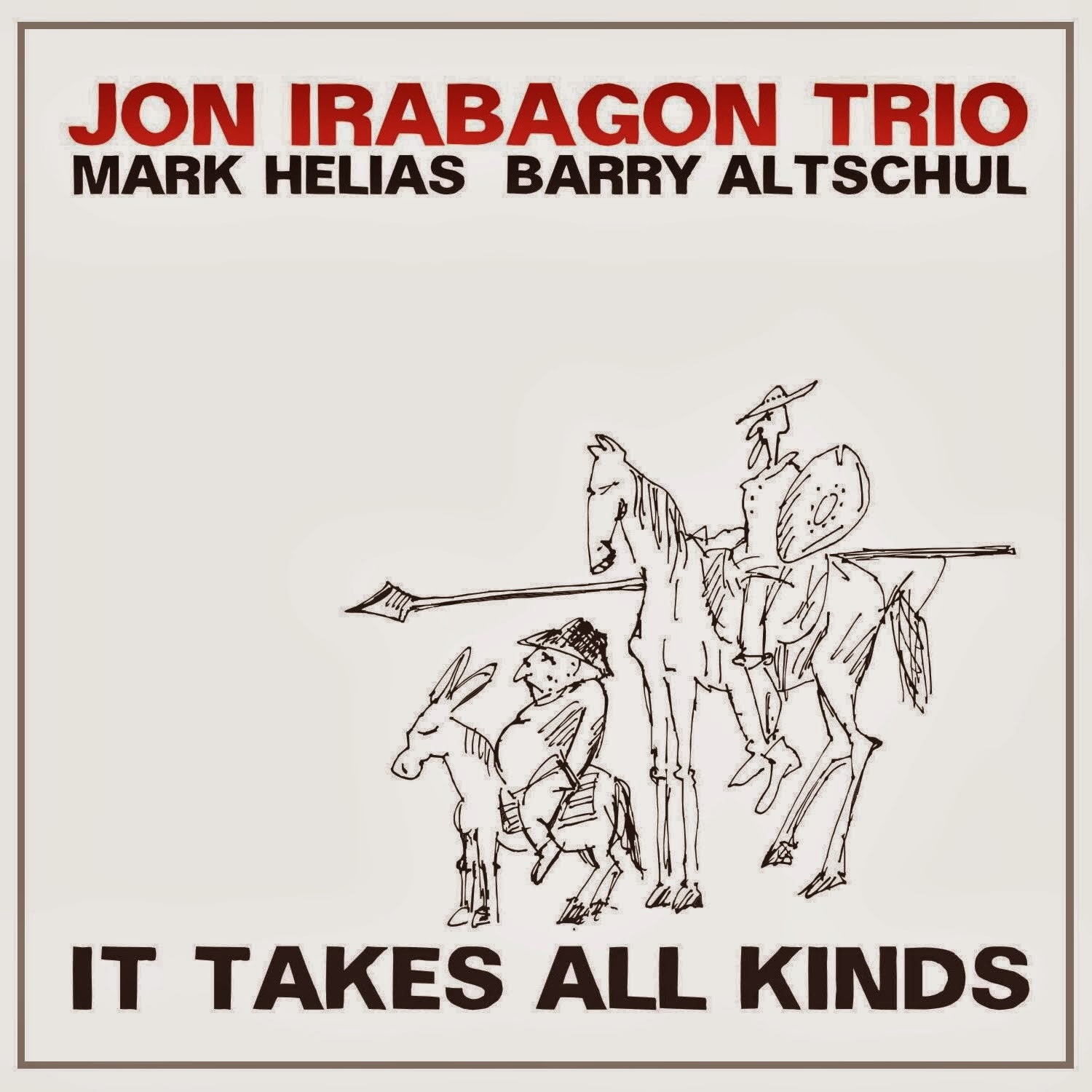 It Takes All Kinds

It is extremely tough to speak to this aural explanation point of an album without polishing off the age old clichés that Jazz has owned for so many years – and this is rather a shame. It deserves so much more than this. (However, to make light of this, let’s count them as we go on.) This blazing tour de force (C: #1) of everything that is so right yet rarely seen these days in the Jazz scene (a non-stop, completely free spirit of non-scale-exaggerating spontaneity (C: #2) within and amongst the players; a genius approach to their playing that has no sense of boundaries, guidelines or preconceptions while at the same time generating multiple layers (C: #3) of differing character voices and full spectrum personas; a distinct escape from musical self-fulfilling prophecies ((we’re doing this therefore we should now do that - forcing an issue)) captures this trio live at the German Peitz Festival where they explore (C: #4) their way through eight tracks, written by Jon Irabagon, who has become, arguably the best saxophone player of his young generation. Time is a more of a concept on this album. It's more often than not there but it's manhandled and bruised up something good throughout. Irabagon’s style of play has been lavished with praises for its ability to showcase an entire back catalogue of all the great sax players from all eras. However, everything recorded at this festival is an amalgamation of all his studies and the voice we here is uniquely and sincerely that of his own (C: #5). What Irabagon can make his tenor saxophone do rivals anything else you have ever heard before. Be it the screams of Pharaoh Sanders or the melodic beauty of Hank Mobley; the finger twisting and harmony-bending runs of Coltrane or the velvet tone and magic suggestiveness of Joe Henderson; it’s all there but not in singular form (C: #6). Everything and all makes up the voice of Irabagon and it is intensely delicious if not overwhelmingly ‘wow’ at times. (His tone is immense!) The opening track, Wherewithal, shows off this 'wow' factor as Irabagon, in deep exploration of his tenor, uses the song (which is the most open on the album) to show off all types of skill, way past just having fast chops (C: #7). (He takes care of expressing those at the beginning of Quintessential Kitten where he is the solo voice.) He continues throughout the album this wonder of never sounding repetitive, showy or too big for his own boots with the final song, Pause and Flip, seeing him unleash all over the most obvious swing on the album. Joining Irabagon in this free-at-times, avant-garde-at-others, straight-then-severely-bent-swing-of-a-take-on-meat-and-potato-jazz-that-is-insensitive-enough-to-be-unaware-of-its-ethereal-qualities, set are two cats (C: #8) who have been around the block and down the avenues (C: #9) many times over. On drums, Barry Althschul plays to his strengths and background by only mentioning in his playing every now and then that he can keep a straight beat. He plays his drums on demand and not as a backup to anyone. On Vestiges he plays the time keeper with his hi-hat finding every beat but then lets the rest of him severely compliment everything that Irabagon is up to. Bassist, Mark Helias is lesser known but certainly not any less of a master than his two band mates. His extended entrance to Sunrise and his work all over Pause and Flip and Elusive is a reminder of how many great, hidden-from-mainstream talents (C: #10) there are in the Jazz community. Helias’s greatest asset is knowing when he needs to bring the trio back to some sense of reality. Between these three players there is never a sense of urgency. The moment is the rule (C: #11) and the scraps of notes and rhythms they leave behind have no bearing on where they’re going. They’re attuned to one another (C: #12) from the start and their compliance to do what feels right and not what sounds right (C: #13) is ever on show. It Takes All Kinds is not for the faint hearted but it’s also not going to give you flashbacks to Coltrane’s, Meditations. It all flows off the swing but listener beware of where these guys can take you. It can be challenging and dangerous at times but well worth the time and effort (C: #14)

I was exhausted after watching that!

Andrew Scott ranks this as the
#2 favorite album of 2014