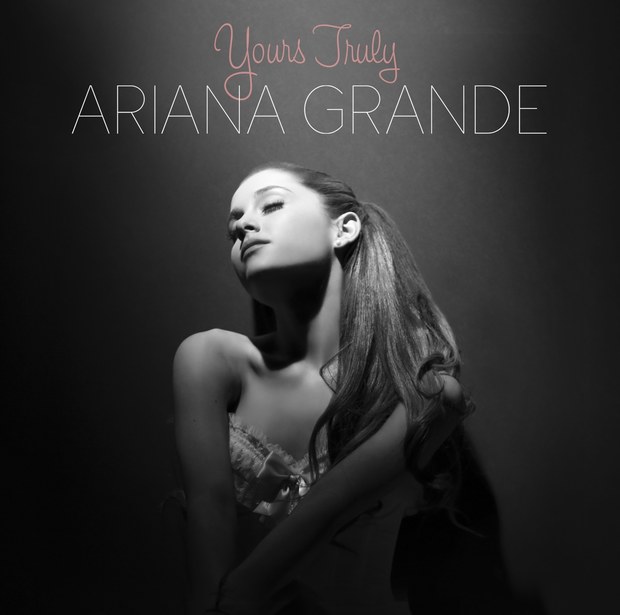 Let’s cut to the chase here; this album is a successful nostalgic nod to 90’s R&B and Hip Hop. It has clearly been fashioned that way and for someone like myself who loved that era of those genres, it’s fantastic. It comes across as a well crafted ode to that period of music while at the same time never sounding like it’s a thief trying to steal those ideas from the 90s and pass them off as their own. There is no hijacking to be found as the albums’ influence is presented in transparency. It’s on show on purpose and that’s what makes me buy into it- honesty in the expression of itself. Moments on the album such as ‘Right There’, with its sampling the same song, ‘Rain Dance’ as was found on the ’97 hit by Lil’ Kim, ‘Crush On You’, make it undeniable. Then there’s Ariana Grande and that fascinating and compelling four-octave voice. Just mentioning that sort of vocal range conjures up thoughts of a certain 90’s R&B diva and again, this works well for me. Mariah Carey’s, Emancipation of Mimi album is still on my iPod and not just to fill up space either and I, along with whoever has heard Grande cannot help but make the comparison. The vocal range is one thing but there are also the same changes in tone at certain breaks in their voices; vocal mannerisms and similar styles in their use of melisma; the ability to yearn in the bottom register and then ascend to heights with what sounds like little effort and a purity of tone. Grande admits the influence (in some stories she’s honored by the comparison and in others she’s firing people because they brought Carey up in her presence) and most wish to downgrade her because of this, but you don’t obtain a pitch perfect, four-octave voice by simply being a fan of someone growing up. The talent is undeniable and there’s more than enough uniqueness in Grande’s sound and in her take on being an elastic singer to make her and her own voice, their own star – not a copycat. However, no matter how much distance Ariana can put between herself and Mariah, the music at times makes it hard not to think of her as a Carey 2.0. ‘The Way’ and ‘You’ll Never Know’ sound like they were found hidden in a corner of the studio where Mariah recorded her album, Butterfly. Then there are all the characteristic sounds from 90’s R&B that are brought into play: the tight synth snare and popping tom-tom sounds; the piano being used as the main harmonic instrument. All of these qualities are used well but it doesn’t help Grande find total separation from Carey. One thing that is thankfully absent from Grande’s singing that Mariah in her rookie albums could never seem to get away from is the abuse of octave jumping vocal acrobatics. Grande uses her range when it’s called for, not to show off (ok, to show off as well on occasion), and at times, it’s so subtle in its performance you don’t even realize that talent is there. At the beginning of ‘Lovin’ It’ (a fantastic track that uses a wonderfully repetitive chromatic approach in the bass from the 2nd to the 3rd of the tonic without ever mentioning the root note in the entire verse), Grande casually adds a small an unobtrusive background line (a small ‘whoo-hoo’ sort of thing) with the harmony of said background punctuations, almost two octaves above the main melody line. It’s class, tasty, and mature – and all this on a debut album.

Fortunately, it’s not all slick and fine polish (yes, read that again), as when the girl in Grande (she was 20 when Yours Truly was released) is allowed to come out, the youthful exuberance of Pop extravagance is heart –warming and fun without being too cheesy. A nod to this gives the album one of its greatest moments. The up-tempo, ‘Piano’ plays on the innocence of a simple rhythmic chord progression expressed on a (surprise, surprise) piano and lyrics that say nothing more than ‘I can write a song on my new piano/I could talk about how love is a losing battle…….But I’d rather write a song they can play on the radio’. It reminds us that this is a young Grande’s first outing and although this song will remain fun and catchy forever, it probably wouldn’t do outside of this, her debut album. (I equate it to ‘Wannabe’ by the Spice Girls. That song is always going to be fun but it is so because it was their first crack at being Pop artists so the cheesy factor was forgiven as the innocence of it was so pure. If that song had been on their second album, they would have folded as a group then and there. Debut albums have an allowance of immature that’s allowed and accepted as rather good fun.) Of course there is only so much we as Pop enthusiasts are willing to forgive and the track, ‘Popular’, with its sample of the chorus from the song with the same title from the musical, Wicked, is just horrible. Her Disney background rears its head and it’s so far out of place on this album that it simply is not forgivable.

Overall, variety in style is what is lacking in Yours Truly and even though there are small nods to 50’s doo-wop acts as heard on the ballad, ‘Tattooed Heart’ and also in the beginning of the phenomenal and surprising opening track, ‘Honeymoon Avenue’ (really wasn’t expecting something so well crafted right off the bat), it’s not enough to make us forget that this is almost a tribute album to a time when R&B was a lot more fun, less showy and more universal in its appeal. It’s a great start for a talented singer but it does come across as a debut album accompanied with faults we can forgive but only once: too much reliance on a certain style: too obvious in its want to be something very specific and a little too much immaturity at times. It would not be a surprise to see her move to break out of the mold of Mariah and Mariah’s style of music on her next album. (See review of My Everything – coming shortly). All in all, it’s a fun album, crafted well at times and nostalgia probably has me rating it higher than perhaps it should be.

Admittedly I haven't ever heard her music, but I do watch SNL and I couldn't sit through either of the performances. I tried, I swear!

How is this a comment on the review? Why couldn't you sit through them? You're like a child who when asked why he liked it, he responds with, 'because it was good.' Try again.