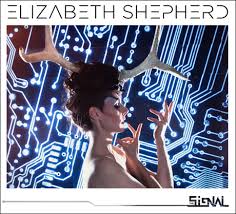 Jazz is the only genre of music that on an overall scale has done nothing to encourage a continuing evolution of itself over the last three decades. This is rather a stunning concept to consider when one thinks about how far Jazz had branched out from its inception. Rag time down in New Orleans, to big band up in Chicago. In comes Bird, Dizzy and be-bop which then brings about the birth of hard bop and Miles' stunning contrast to both of those with his cool jazz. Pharaoh Sanders and Coleman rained down upon us their free jazz and the idea of the avant garde is brought full circle by Coltrane and Sun Ra. Finally we get to fusion in the 70s and then? Nothing. There was such a backlash by traditionalists or Jazz purists to the departure from what they considered the foundation of Jazz (the swing in the small group ensembles) that suddenly the metamorphosis that Jazz had been going through for the better part of six decades was not only stalled but halted altogether. Now some of this desire towards regression in the genre was encouraged by questionable works in the 70s and 80s by such huge names as Herbie Hancock, Miles and Wayne Shorter. However, the protest against these dark decades was one that led to regression and not reform. Most artists, in particular the emerging young guns of the past twenty years, have focused their efforts on sounding like the guys from the 60s. In doing this they believe they are saving Jazz, returning it to its glory days, but in reality they've actually slowly been throwing the dirt on it. Due to this predominantly prominent lack of progressive attitudes and this kiss-of-death repetitive style of trying to recapture the magic of a long gone era, it's important to celebrate the small handful of artists who are out there, trying to push the boundaries of Jazz back further away from a decades old, decaying home. These are the artists that are trying to be revolutionary, thinking in terms of the present and the future, incorporating vision and music from other genres, and acting in the same free and exposed spirit that made jazz so exciting and worthwhile all those years back.

Elizabeth Shepherd, the Canadian born singer/songwriter, is such an artist and her album, The Signal, gives us great reason to celebrate the pushing forward of Jazz while noticing the refusal of progression to be pulled back by the grave digging traditionalists. On this spectacular album, Shepherd is, and unassumingly so, opening the genre of Jazz up to an audience that more often than not has never been invited into the scene. Her songwriting does so by having more than enough solid ground for any music enthusiast to stand confidently on while at the same time, not to alienate an entire community, boasts in equal measure clever musicianship, Jazz infused flavor and enough oddness to, should you wish, encourage us to listen carefully to really hear the whole story of the song, lyrically and musically. There have been comparisons to the work of Gretchen Parlato and Esperanza Spalding who are both doing their part to recreate Jazz as vocalists and composers, but there is something far more natural sounding in Shepherd’s work. Whereas Parlato’s work can at times seem overly conceived or Spalding’s, too worried about a mass acceptance – Shepherd comes across as totally uncontrived and phenomenally honest. One thing is for sure – between the three of them, Diana Krall is starting to look like the Kenny G of the Jazz vocalist scene.

Overall, the pulse of The Signal throughout is one of warmth and dedicated intensity. Each track sounds purposeful but not pretentious (a huge issue with Jazz these days), which is a rather hard thing to pull off when seven out of the ten tracks implement odd time signatures. However, Shepherd is so sly in her projection of this non-traditional time keeping that the listener is hardly ever bothered or hampered by the lack of a 4/4. The natural way that Shepherd incorporates a 7/8, 5/4, or 11/8 within her songwriting almost makes it unnoticeable and whereas other artists fail at this, she manages to make it one of the least significant elements of each song. Like everything else on the album, nothing seems forced; not a single aspect seems overly deliberate. Every song seems as though it was meant to be just as it was originally conceived, with no forced execution or ticking of boxes. Shepherd’s style of singing is at the very essence of this idea of making music that is natural. She is constantly inviting us in and making us at home with a tone that is at once so soft and disarming, but also has the potential to go to ground where weight and saturated substance is pushed forward. She doesn’t flash runs like Fitzgerald or rely solely on one approach like Krall – and even though her notes might be able to be replicated, you cannot imagine anyone but Shepherd singing these songs. These tracks aren’t going to be standard material because they are so uniquely owned by her that it wouldn’t sit well hearing anyone but her sing them. To further herself in the music, Shepherd is also featured on the keys (piano and Fender Rhodes) and her playing is a perfect compliment to her singing. Generally it sounds sparse though that is not to say it is ever missing from the music - being tasteful does not always mean not playing. She knows when to be subdued, when to play chords as opposed to counter melodies, when the song needs a more repetitive keys part to help it groove and also when to flash some cash on the scene. On the opening tracks, ‘Willow’ and ‘What’s Happening’, Shepherd lets her Rhodes lay down some simple yet dirty work with the bass following suit. Her vocals vaporize on top of these slow funk-infused tracks and as the two songs blend into each other the richness of the work is dominating. The track that follows, ‘B.T Cotton’ is more Badu in its groove and it acts as a showcase for Shepherd’s socially conscious lyrics that are littered throughout the album (she touches on the killing of Treyvon Marton and the severe conditions of India’s textile industry among other things). As the album progresses, it shows that not all is sweet and acceptable at first swallow in The Signal. The band does go on discovery on multiple occasions and it is during these moments of magnetic, massive and magnificent playing the album is more Jazz in its definition. Guest guitarist, Lionel Loueke’s solo section at the end of ‘This’ sounds positively Metheny from the 90s while the end of ‘Lion’s Den’ is an echo of Miles Davis’s, Bitches Brew. ‘I Gave’ uses the dark art of chromaticism in the chorus to craft a menacing track albeit stoked in a quiet fire of discontent.

Every track on this album is a gift but truly, ‘The Signal’ is the piece de resistance and truly an important moment in music this year. Shepherd tells a 'highly romantic' story that revolves around two people meeting in New York and agreeing, without communication in-between, to meet again in Paris, ten years on. It's a beautiful idea, told from both points of view (Alex Samaras on guest vocals). I am still giving thought as to whether or not I have ever heard, with such honesty and harmony, lyrics that fit so perfectly within a music setting and vice versa. Often one comes before the other, or one inspires the other in the process. The beauty and perfection of the relationship between the two on this track makes it seem that each second of the music and every word written were given life to at the same moment - as though every second of the song, and every part of the lyric, vocals and every instrumentation within that second was written at the same exact time. It's a piece of song writing, simple overall (there's only two parts) that should be studied and admired by those that have a love for any music that sounds as though it was always destined to be. The lyrics, melody and accompanying music were always going to find each other in this world - it just took Shepherd to bring them together. As the man and woman in the story speak of their first meeting from years past, the slow tension and uneasiness in the music, accented by a repetitive off beat piano octave, is paramount to conveying something that's wonderful and romantic in concept - making plans to meet a stranger again after ten years of no communication - but also a bit bizarre, slightly risky, and almost dangerous. As the story finds itself in the present time, at the Eiffel Tower and the two cohorts contemplating the possibility of the other actually showing up, the exhausted and foolish nature of the their tone, expectant of disappointment is dragged through the now muddy slow groove of the music as though to say 'we've come too far and I'm too tired to care...but I'm still here.' As the music returns to the first offering and the singing stops, the uneasy piano octave on repeat finds a way off of the off beat. We know they met but no more is conveyed to us. Romantic or tragic - hopeful or always destined for disappointment. Either way, the track is a treasure for all time.

The Signal is one of the best albums of the 2010’s and Shepherd and her amazing group of musicians (of note, the three different drummers on show, Lionel Loueke on guitar and although he’s only featured once, Mark Mosca performs the most fantastic and unreal steel pan solo by on ‘B.T. Cotton’.) are our reward for suffering through enough of the same copy cat material that saturates the Jazz scene these days. It’s a massive step in the right direction for Jazz. It’s a step towards salvation against those that wish to keep it as old bones locked away with only a few privy to the key. It’s a step towards survival for this genre of music. It’s a masterpiece and many years from now, this could possibly be one of the albums that we point to as helping reinvigorate Jazz.

Andrew Scott ranks this as the
#7 favorite album of 2014