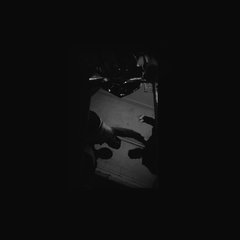 Let’s get right to the “J” word. It’s tough to call what BBNG do “jazz”, although it’s obviously a cousin of it. BBNG are rooted in rap, more than Monk, so  their songs don’t feel like they can be labeled jazz. It’s really one of the most appealing things about them. In an era where jazz is mostly stale, it takes a sound that’s on the fringe of the genre to make something fresh out of it.

I first got into BBNG a couple of years ago when they released BBNGLIVE1. At the time they were releasing albums for free, plus remixes and collaborations. Pretty much everything they released was decent, and some of it fantastic, but they hadn’t released a cohesive album. They are three skinny white dudes from Canada, who are rooted in rap music, and that foundation is where their gift of the groove comes from. Their music often stands on it’s own, but can also easily be a backdrop for an MC to rap over. (they’ve collaborated with a number of rappers and have an album coming in 2015 entirely with Ghostface Killah)

While these guys are great musicians, they’re not virtuosos. Together they create a full sound, and while it’s not ground-breaking, it is unique to them. There are no particular solos that you point to as stand outs when you listen to BBNG. They do stretch out a bit occasionally, but it’s not a necessity in their music the way it is for other jam and jazz artists. When they do wander into more traditional jazz territory as on the III track “Differently, Still”, it’s nice, but I used to hear that level of jazz all hours of the day back in my Berklee days.

Instead, the tracks where they shine are “Can’t Leave The Night”, “Kaleidoscope”, and “Confessions”. Those tracks have head bobbing grooves and take you on dynamic hills and valleys. The break at 3:16  in “Can’t Leave...” where the bass comes back in is particularly dirty.

BBNG have definitely grown over the last few years, and III is their most consistent album. Check out “Can’t Leave The Night” below.

Allow me to readdress this album. It shouldn't have been labeled, 'Jazz' and that may or not have been their fault. It's actually a decent album but just because you have sections of improvisation, doesn't mean you're Jazz. I don't know if this a genre, but I would label them, 'Groove'. Good stuff but repetitive.