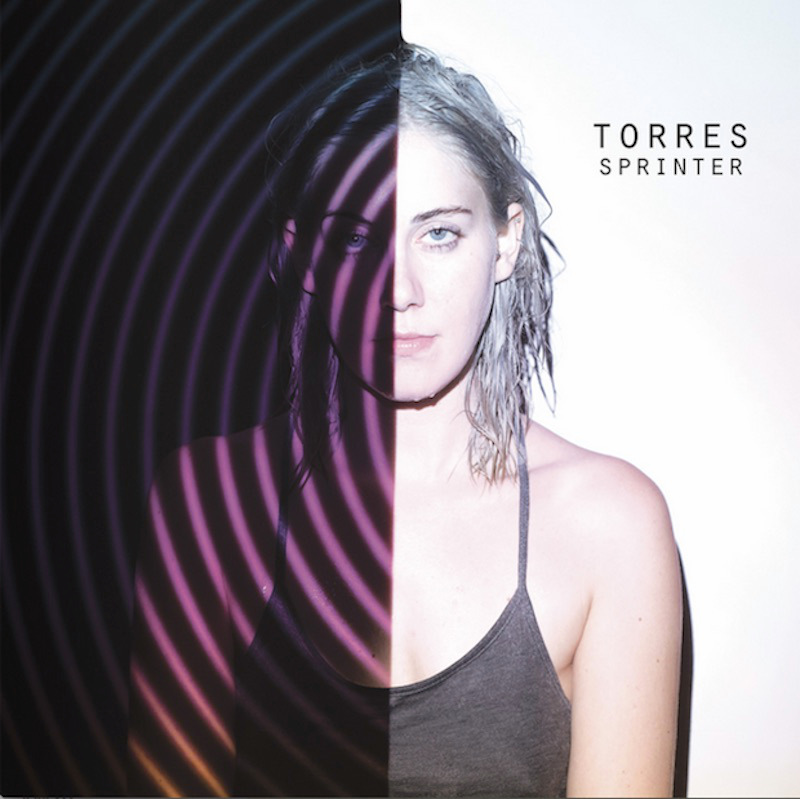 It never fails. Every November I start looking over the past year of releases and find one of my favorite albums of the year that I somehow completely missed when it first came out. (recent years have included albums from Perfume Genius and Phosphorescent) 2015’s album is Torres’s Sprinter.
My immediate reaction was that Torres, who’s real name is Mackenzie Scott, is highly influenced by 90’s era PJ Harvey. Once I dug into reviews of the album, I saw that 1) everybody else heard the PJ Harvey influence, since it’s mentioned in every review, and that 2) It’s no surprise, since the albums was produced by Rob Ellis, who is a long time Harvey collaborator. Not only is Sprinter reminiscent of PJ, but it’s the album that I’ve been longing for PJ to put out herself for years now, having not been a fan of her last few releases. The comparison to Harvey isn’t to say that Torres isn’t her own unique voice, but it’s hard to ignore the influence.
Sprinter’s tracks range from pounding rockers to hyper-emotional ballads. Emotion finds it’s way into all 9 tracks on Sprinter. It may get a little too dark for some people at times, but that’s what you get with Scott’s introspective songwriting. The highlight of the album for me is the album closer, “The Exchange”, which may be the most difficult track subject-wise on the album. It deals with adoption, drugs, and suicide, in a strikingly personal, seemingly autobiographical way. I’ve mentioned in other reviews how artists sometimes write songs that sound like they were just punching a clock. That they didn’t NEED to get a song out of them. "The Exchange” undoubtedly needed to come out.
Posted by Tambe Back