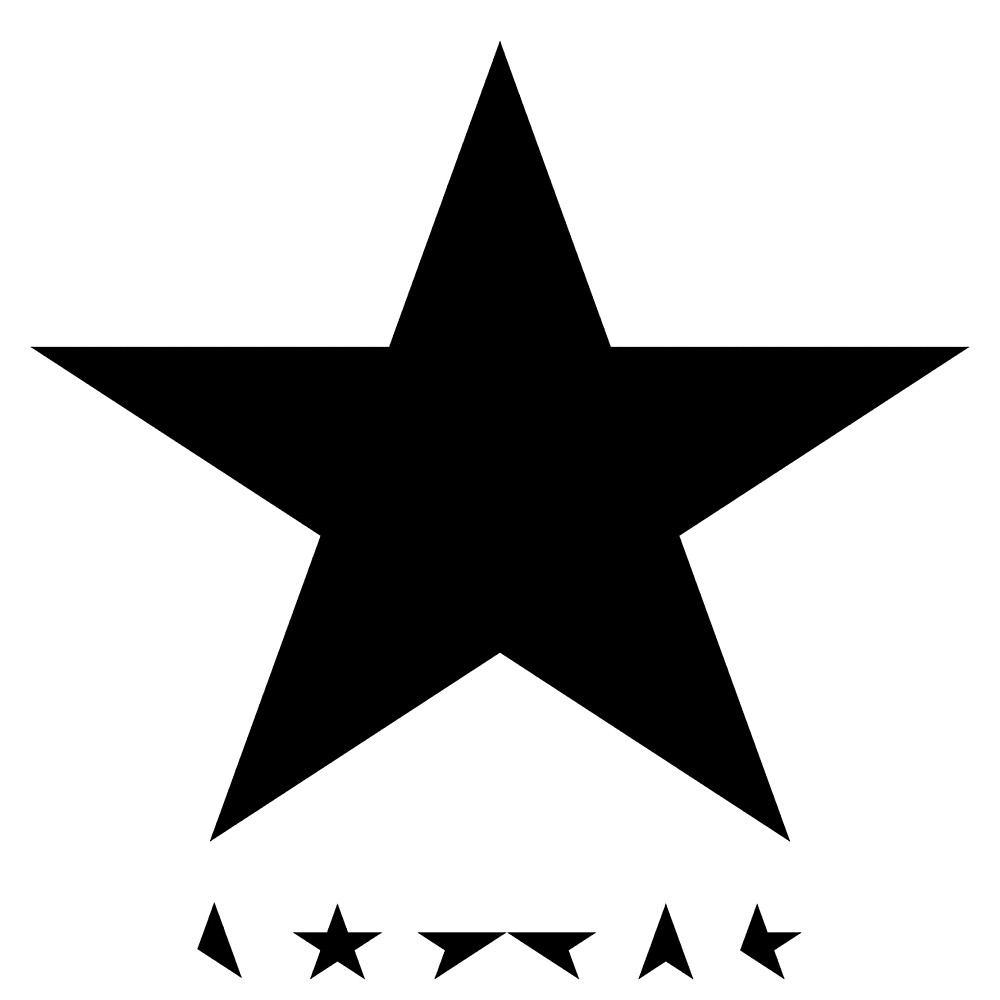 This won't be one of my usual reviews for a few reasons. For one, Bowie meant a lot to me, and I don't know if I can do his memory justice with my limited writing talents. Secondly, how do you even review an album that carries so much extra weight after his death? A better writer certainly could, but I'm not up to that task.  Instead I'll just tell you a little anecdote.
The album was released on January 8th. (Bowie's birthday) My birthday is January 10th, and I spent a couple of hours on Saturday January 9th at a local record store picking up some records with birthday money. Blackstar was tops on my shopping list. I hadn't heard it yet, because I knew I'd be buying the vinyl that day, so when it was released the day before I wanted to hold out for the full experience at home. As I browsed the racks I overheard some other customers talking to the clerk. They asked for the album, but he said that they sold out immediately. He asked if they had heard it yet, (they hadn't), but he said it was the best Bowie album he had heard in decades. It was jazzy and weird, but deep and dark. I didn't have time to go to another store, so I went home and downloaded it. My review is basically the same as that clerk. Bowie died the next day, January 10th. My birthday. I'm really thankful that I was able to hear the album before knowing of his passing. Not that it really matters, but I know that I liked it before realizing everything that would follow.
It's fantastic that Bowie, who lived his life as such a pure artist, was able to leave us a parting gift. Creating the album with the knowledge that it would be his last. Knowing that we would look into every lyric for meaning. Hiding secrets in the artwork that wouldn't be found for months, and supposedly could still be yet to find. While it's so sad that we have been robbed of years more of his music, it's fitting that such an artist got to craft his exit on his terms.
Posted by Tambe Back