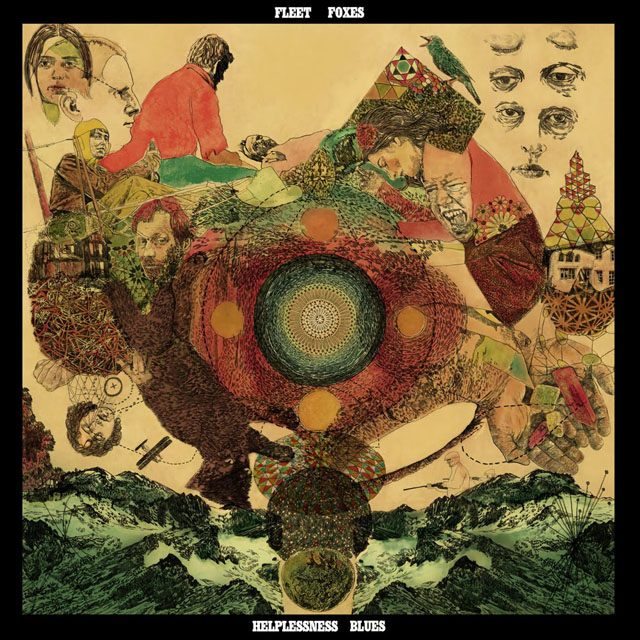 Fleet Foxes's first album made the #10 spot on my 2008 list. They were the first of the current new wave of folk bands to hit it big using lush vocal harmonies. While I thought the self titled first album was very good, their songs themselves didn't speak to me or seem memorable. I enjoyed the overall sound and vibe of the band, but found that I didn't recall individual songs, melodies, lyrics, after listening. The Foxes's leader Robin Pecknold threw himself into this album, and it shows in the lush production and complexity of the songs. The album has a soft, gorgeous sound, that probably sounds amazing on vinyl. Rumor has it that Robin's marriage broke up due to his obsession with working on it.

Where the first album's songs didn't speak to me, Helplessness Blues is filled with complex, multi-layered songs. The opener, "Montezuma", begins the album with the question, "So now I am older than my mother and father when they had their daughter. What does that say about me?" With that lyric, the album begins to unfold with self-contemplating questions that probably have no answers.

The band's sound obviously is inspired by Simon & Garfunkel, The Beach Boys, and CS&N, but the other thread binding them is that they all make albums that continue to reveal themselves over time. “Helplessness Blues” sounds like it will be looked at as a classic in years to come.