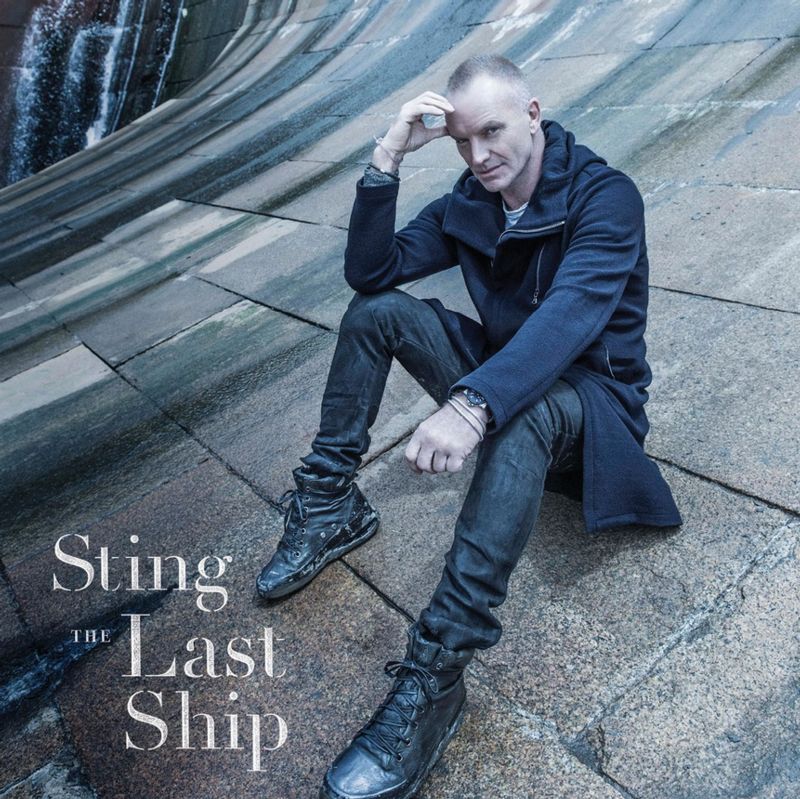 I was cautiously optimistic about Sting's latest effort after hearing the brilliant first single (Practical Arrangement) and learning about the album's concept. With a sound and style similar to that of the Soul Cages, The Last Ship is a welcome return to form. Casual fans may have a hard time enjoying a musical about generations of shipbuilders from Newcastle but this new direction is hardly a stretch for a master craftsman such as Sting. Plus, he hasn't had as much to say in years. I suspect that his muse must have left on a separate vacation half way through Mercury Falling. The characters and their tales sell this collection of songs. For each role, Sting lays on a thick Geordie accent that is sometimes distracting but theatrical license allows him the space and you can tell that the singer loves playing the part. Other northern vocalists join the cast and 'Sky Hooks and Tartan Paint' featuring Brian Johnson of AC/DC is an absolute joy. It's difficult on occasion to understand how these voices connect without the complete narrative of the show but better this snapshot of the entire production than the unnecessarily obscure time signatures of Brand New Day and the forced pop choruses of Sacred Love. The play won't open until 2014 and Sting claims that he wants the Broadway audience to be familiar with the songs before the show hits the stage but I suspect our ruthless egotist simply wants his voice firmly associated with these characters before a troupe of actors are forced into karaoke renditions. I particularly enjoyed 'The Night the Pugilist Learned How to Dance' as it's the kind of song I've been trying to write for years. Mine is called 'Pennyless' and it's still locked in development. There's nothing better than celtic style folk songs about the sea and with tunes like 'Language of Birds', it was well worth the decade of waiting for new music from the captain of The Police.

I have spent hours trying to write a review of this album (so thank you for saving me the trouble) Although I absolutely love it, at times I find it hard not to listen to it as a soundtrack (which is dumb because it is) which leads me to picture how the song will play out on stage, hence taking me away from the music as it stands now, in album form. However, Sting is truly back to form with this new material and I welcome his offering me the chance to once again, after many years, thoroughly enjoy being a huge fan of his latest compositions. (I have wondered whether the fact that these songs are being trained for the stage, the production was slightly tempered. Songs such as 'And Yet', perhaps if found on an earlier album of this maestro, might have been allowed to really let loose as far as musical intensity goes with the guitar and organ being pushed up in the mix). Overall - 4.5 Love having his genius back.

Wait, a minute. hold up. You're supposed to post your own review silly. You even mentioned the stars. (slaps hand to forehead)