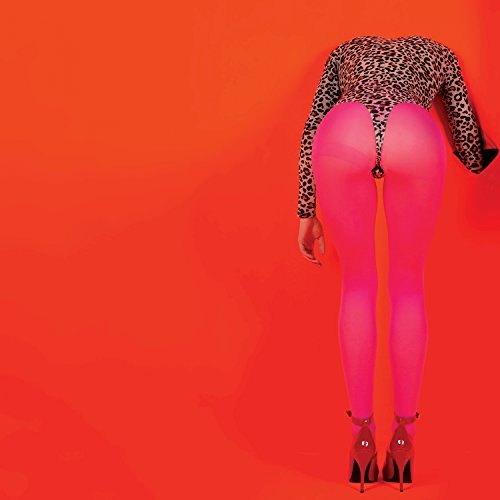 I just texted this to Andrew, and I think I'll use some of it as my review (some edits are made for context).....

"If all that you valued in Annie is her guitar playing and style, then I can see why you don’t like when it’s missing. I adore her songwriting, and her entire esthetic. To me she is an artist that encompasses a whole host of traits, so when she explores some more than others, I enjoy it. (assuming it’s done well, which I think this was) I love that she has roots in Tom Waits as well as Pantera, but I also like her weird art-side, her Bowie side, etc. This album, given the Antanoff influence, brings her in a more pop direction, and to me at least, it’s done extremely well."

Annie has been a constantly evolving artist for her whole career and with Jack Antanoff producing (he's had a hand in a million pop hits over the last decade), it's no surprise that this set of songs is her most concise, and best packaged for consumption. It's by no means a pop album, but it's about as pop as I get into. I get why someone who is drawn to her earlier style may feel abandoned by her evolution. To me it's akin to Bowie making "Let's Dance". I'm sure fans were screaming, "But he made Ziggy Stardust!!!!", but in retrospect you can see his career as a journey that we all love him for.  I think it's her strongest album from start to finish, and I have a new favorite track each week. Also, I haven't even mentioned the key to most great albums......it's a breakup album. You can rarely go wrong with a breakup album.

I love the use of text messaging in this review. That's new. Also, you make some superb points. Well done. I will tell my grandchildren of this review.

Posted about 2 years ago by